Sam and Bobbi Connor are siblings born a year apart, are extremely close and always do activities together. Some people even refer to them as the ‘Connor twins’. Sam and Bobbi both identify as Aboriginal, more specifically the Dja DjaWrung People, and their family is very much involved with the Aboriginal community in Melbourne. It was through this close-knit community that Sam and Bobbi learnt to appreciate music and its storytelling abilities. Their shared love for music made them extremely close and they used to make up songs and perform them for their parents. In fact, their parents had one rule about bedtime: if they were making music, they could stay up as late as they wanted.

As Sam and Bobbi entered early adulthood, they started recording and producing their own songs and self-published their recordings online. Sam and Bobbi write and produce all of their music but Bobbi is definitely the more talented singer of the two. During the 2020 Covid-19 Pandemic, the ‘twins’ released their first single, Into Your Ocean Eyes, which went viral. Their second single is titled Bad Person and incorporates a pedestrian crossing sound that Sam recorded in the Melbourne CBD during the quiet city atmosphere through Covid lockdowns. This single became an overnight success and once their first album was published, it was on everyone’s lips – recording artists were lining up to work with the pair and to invite them to produce singles for them.

Up until mid-2021, Sam and Bobbi had released their songs and first album on Spotify and Apple music but as a new artist, they did not think that either platform was the right ‘fit’ for them. Hence, Sam and Bobbi have decided to start their own enterprise, Bedroom Recordings Pty Ltd (‘Bedroom Recordings’), and together with the number one music production company in Australia, DownUnder Music Pty Ltd (‘DownUnder’), start up a new music sharing platform. The aim of this new platform is to focus on the musicians (especially new Aboriginal artists), rather than merely on profits, and to cut out the middlemen. Sam and Bobbi, as representatives for Bedroom Recordings and DownUnder, have created the first music sharing platform in Australia called, Artist Music.

Artist Music has its own website and when users open the website, it plays a snippet of the single, Bad Person, which includes the pedestrian crossing sound. Sam and Bobbi have also made plans to use the snippet for some radio advertisements. You can listen to the snippet here:

Bedroom Recordings, DownUnder and Artist Music, are (like the entire music industry) threatened by the challenges of technology and its ability to allow infringement of music via anonymous networks. More specifically, a website called BeeShare is facilitating music sharing between their users. For example, Sam and Bobbi have found out that their song, Bad Person, has been shared a significant number of times on the BeeShare website. The BeeShare website also has a snippet of a song playing when users open the website, a song that bears significant similarities to that used on the Artist Music website. Sam and Bobbi have engaged an expert musicologist, Dr Strykert, who has compared the two snippets playing on the websites. Dr Strykert has stated the following:

I agree that the harmony of the snippet played on the BeeShare website is different from the one played on the Artist Music’s website. I agree that there are certain other differences, but in my opinion, the melody of the snippet playing on the BeeShare website plays the bars of the snippet on the Artist website (Bad Person) although it has a different feel. I base this assessment on aural comparison of the musical elements, as well as a visual comparison of the notated songs (snippets).

I am further of the opinion that the Bad Person snippet is what gives Bad Person its signature. In other words, it is the hook of Bad Person that gives it uniqueness and enables it to be recognised and identified.

Sam, Bobbi and representatives from DownUnder have come to you as their solicitor to acquire your legal opinion and as well as a solution relating to the intellectual property law issues faced.

3A: You are required to provide a report that addresses the following issues:

3B: You are required to record a pitch to your client:

The report and pitch are to be uploaded and submitted separately via canvas.

The above facts are all the information you need. Please do not do any further research on the background information provided in the hypothetical or the music used.

A template for the report will be made available via Canvas in due course.

DISCLAIMER: This problem is loosely based on the background story of Billie Eilish and Finneas O’Connell. Music used in this problem is a snippet of Billie Eilish’ song, Bad Guy. For the purpose of this assessment, please take the facts of the problem for face value and disregard any connection between Bad Guy and Bad Person; and the characters Sam and Bobbi and Billie Eilish and Finneas O’Connell. You are not required to conduct any further research on the facts of this problem.

PrevWriting your Case Study Report:
Template for drafting a report IN LAWNext

Universal Assignment Services is the best place to get help in your all kind of assignment help. We have 172+ experts available, who can help you to get HD+ grades. We also provide Free Plag report, Free Revisions We offer Best Price in the industry guaranteed.

Research title: A Comparative study of the leadership styles from the perspective of teachers

Explore the influence of a variety of Human factors

Objectives  Key Words Example 1 1.2. Aims and Objectives The aim of this study is to explore the influence of a variety of human factors in the changing office environment within the UK, with particular reference to the impact of innovation. Research Objectives: – To identify and examine the ‘human

The easiest way to get top-quality 24X7 Java Homework Help

Develop your programming skills with Java Homework Help You can visit Universal Assignment’s website to order quick Java homework. Here, you will find amazing programming language assignment helpacross all levels. They have a special team of experts to help you with Java projects and homework. By ordering help, you can

How can I hire top assignment help experts?

Print There are five assessment quizzes and each quiz occupies 4% of the total mark for this unit.  You have only one chance to attempt each assessment quiz.  Download 0 %0 of 7 topics complete Show data table for This chart displays the number of completed topics versus the total

Coursework Writing Services to Keep Scores High Are you struggling to find the best coursework writing services for you? Well, you are sure to find it at Universal Assignment.  Here, you can order your assignment. More importantly, you will get the services at extremely affordable rates! As you know, coursework

Can I pay someone to write my research paper fast?

ASSESSMENT BRIEF (AY 2022/2023) The assessment of this module comprises of two components: Component 1 – 30% The first component consists in a group presentation to be recorded and submitted in Week 9. You will work in group with 4/5 students. Each team will be required to ideate an innovative

Get Instant Cheap Assignment Help for All Subjects to Secure A+

Effective and Cheap Assignment Help Students widely search for affordable assignment help. Academics is stressful and demands a lot of your time. At the same time, you need to take assignments seriously. Therefore, experts suggest that students opt for online assignment help to excel at school. Most students need cheap

Where to find the best assignment help in 2023?

Will Experts Help Me with My Homework?

How can I find experts to help me with my homework? There are many ways to find homework help online. Most of all, it is important to find a service provider that you can trust. Students have to think before spending their money, so the money spent on homework help

Assignment 2 Instructions: Answer all of the following questions. Type up your answers and/or write up and photograph your answers, compile them all into one document or pdf, and submit them to Moodle. This assignment is due on November 30th, by 11:59 PM. No late submissions will be accepted. Total

Due: 11:55PM, Monday, December 19, 2022 (Week 10) Late submissions: A 10% penalty (-1 mark) per day, or part thereof, will be applied. No submissions will be accepted once the penalty has reached 50%. LEARNING OUTCOMES PLAGIARISM & COLLUSION This assignment is to be completed INDIVIDUALLY. Students are advised to

This activity is comprised of two practical skills tasks that you will undertake to demonstrate your ability to: PART A – Business Model Prepare a business model using the Business Model Canvas. You may use an actual business or a simulated business. SIMULATED CASE STUDY Simulated situations could involve: OR

INSTRUCTIONS In the lecture on Spark Structured API, we did not specify the schema of our dataset. We relied on the inference of Spark engine which generally loads data as Strings. We can create a schema by using an object of a class called StructType consisting of an array of

Electronics engineering has become one of the favorite engineering branches for aspiring engineers. The high preference for this stream is due to the high useability of digital and analog devices. These electrical devices have connections among themselves. Both are useful for serving the complete purpose that users would like to 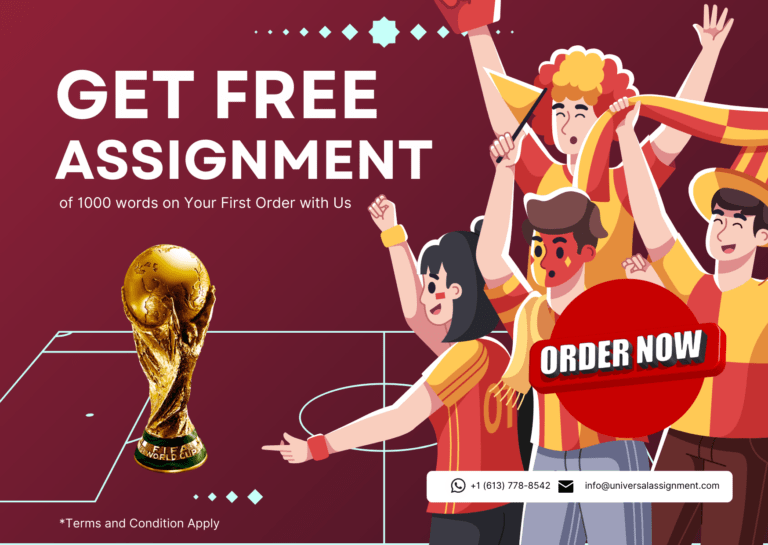