As a healthcare practitioner, you will be required to work with people at various stages of development, including children and adolescents. Adolescence can be particularly challenging as the individual negotiates new social roles, contends with sometimes difficult family and extra-familial contexts, experiences rapid physiological and neurological development and sexual maturation and develops a personal narrative separate from the family. Healthcare practitioners need to consider these issues when interacting with young people and their families.

You have been asked to provide a treatment report on a client that can be used in referral or handover. The report can either be based on a previous or current child or adolescent client with whom you have worked. Alternatively, you can utilise the case study in Appendix A. The report must contain the following sections (an example of a template is included in Appendix B). 1. Background 2. Formulation 3. Treatment plan.

Note if you choose to use the case study in Appendix A, you are welcome to predict or embellish the case study with plausible detail to make it as realistic as possible.

Talaihla was brought to a local emergency department on an emergency examination authority after consuming a quantity of pills from the bathroom cabinet.

She lives with her mother, Karen, and younger brother, Zane, who is nine years old, has behavioural problems and is probably on the autistic spectrum. Talaihla’s parents separated when she was nine years old. Her father re-partnered and moved interstate with his new family. Talaihla doesn’t hear from him often but does spend holidays with him.

The night of the overdose was unexceptional. Karen finished up at 5pm from her disability support job and picked up Zane from after school care. Talaihla was in her room when Karen and Zane got home, which was not unusual. She refused to come out for dinner. Talaihla was still angry that her mother had refused to allow her to go a party on a school night earlier in the week. She did come out of her room at 9pm and had a snack. Talaihla posted a picture of a handful of pills and a goodbye message on Instagram around 10pm, and a concerned school friend rang Karen. Talaihla acknowledged she had taken an overdose, and Karen rang the ambulance. Talaihla refused to talk to the ambulance crew.

Whilst Talaihla was medically cleared by toxicology, she was not cooperative with the triage nurse. She was more forthcoming with you, the acute care team worker. She disclosed that she had started cutting herself on the thighs some six months ago after an incident at a party, which she didn’t want to discuss. She said that life really sucked since she started high school. She volunteered that she really hated her body and that everyone thought she was fat and ugly. She won’t eat lunch at school and frequently skips dinner. She has recently started making herself vomit after she sneaks out to the refrigerator late at night and eats too much.

She said that a boy had asked her to a party earlier in the week, and she wasn’t allowed to go. She saw a picture of him kissing another girl on social media, and then, she decided to kill herself. She occasionally thinks about suicide as everyone talks about it, and a girl who used to be her best friend earlier in the year told her she should go and do it. She hadn’t, however, formulated any clear plan.

Karen was aware that Talaihla had fallen out with her best friend from primary school. She was surprised by the overdose. She said that Talaihla used to be her best friend and was warm and affectionate, but since starting high school and hitting puberty, Talaihla didn’t want to talk to her. Talaihla does, however, have a warm relationship with a grandfather and has a small network of girlfriends whom she hangs out with. She is academically OK, and she continues to go to piano lessons every week. She used to play netball but stopped that this year as she said she is too busy

with school. This year, she wants to go out to parties, but Karen says she will only let her go out on weekends with a strict curfew. She says Talaihla doesn’t ask very often. Lately, says Karen, Talaihla has been “a bit of a drama queen” but will laugh and giggle when they all watch a movie together.

Talaihla says that it was all a silly mistake, and she thinks she should go home soon.

Outline what additional information you would like to obtain and from whom.

Construct a succinct psychosocial formulation that will explain and guide treatment and follow-up in language that both the individual and family will understand.

Outline the salient and important issues that you have considered in arriving at this formulation with reference to developmental theory.

Describe how you would assess and mitigate risk of self-harm, suicide or other risks

• Outline a plan that will enable the individual to be safely discharged and include recommendations for follow-up and support. • Outline a prescription for lifestyle advice to enhance the young person’s wellbeing.

• Write a letter to the individual’s general practitioner (cc appropriate agencies), provide a discharge summary and summarise your follow-up plan. 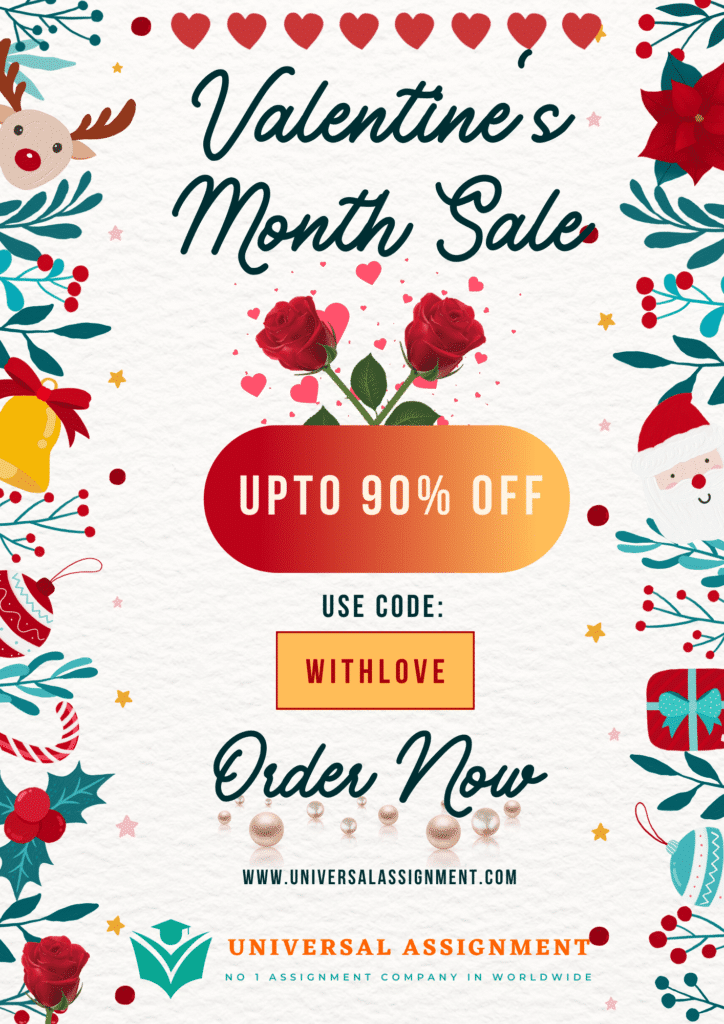 Description This assignment gives you an opportunity to read, summarize, and analyze material to be presented in a short report. Specifically, you are asked to read the five assigned articles on the Canadian Pension Plan (CPP) and make notes on the pros and cons of pension adoption discussed in each

ASSIGNMENT TWO GUIDE The Research Proposal This document contains everything you need to know for your second assignment. Please make sure to read this in full prior to asking any questions on Moodle. Below are the key things covered and the corresponding page numbers for easy access. Assignment 2 Research

NUR133 ASSESSMENT 2 – Digital Presentation (500 words + 10-minute presentation) TASK Select a service or program designed to improve the health outcomes of Aboriginal and/or Torres Strait Islander people and prepare a poster presentation that could be used to develop a brief, engaging education session for your peers. In

NSB204 MENTAL HEALTH: Self and Others

Assessment Task 2 Assessment name: Case Study Task description: This assignment aims to help you to begin to use your professional and clinical judgement to think like nurses working in a mental health setting and/or in relation to the mental health needs of people regardless of the setting.   Choose

Task 1: Written Assignment 1500 words (40%) Purpose of assessment task Childhood immunisation is a critical public health intervention that helps protect health and support normal development in infants, children, and young people. This assignment is designed to help you to analyse data, assess risk, and to develop skills to

Critical Analysis Assignment You are required to carefully read through this overview to clearly understand what is required of you to submit this short essay style analysis. Weighting = 35% Word limit = 1000 words Due = Week 8 – 2000 hrs, Sunday 26th September, 2021 What is a critical

Introduction: The term “chronic disease” is increasingly often used by patients, healthcare professionals, researchers, etc. This term is defined differently by each person, and each definition encompasses a different set of medical disorders. Last but not least, the World Health Organization asserts that chronic illnesses are not contagious. They progress

STUDENT INSTRUCTIONS You are required to write a report as outlined in the assessment instruction and criteria listed below. It is important to ensure you read all aspects of the assessment topics and discuss any areas that require clarification with your assessor. Where there is a word limit it is

Quality Areas 2 and 5 of the National Quality Standard

Achieving excellence in care demands a culture of continuous improvement. Just because we used to do things a certain way, doesn’t mean that’s still the best way to do them. Research is a fundamental part of informing how practice evolves, and improving the quality of care we deliver. As such,

Outline the historical development of the policy including other linked policies highlighting key changes The Disability Support Pension is Australia’s universal health insurance scheme that guarantees all people who are unable to work due to a physical, mental, or intellectual disability financial help, which is a payment administered by Centrelink (Legal Services

Student Name  Student ID  Unit Name   SITHCCC027 – Prepare dishes using basic methods of cookery Practical Date  Submission Date  Student Declaration ☐ Student Plagiarism Declaration: By submitting this assessment to the college, I declare that this assessment task is original and has not been copied or taken from another source

Student Name    Student ID   Blc01102 Unit Name   SITHCCC027 – Prepare dishes using basic methods of cookery Practical Date   07/02/2023 Submission Date    Student Declaration ☒ Student Plagiarism Declaration: By submitting this assessment to the college, I declare that this assessment task is original and has not been copied or

THE ORGANISATION : Your organisation, role and responsibilities

For this task you are going to undertake research on your organisation and put together a presentation to deliver to the other members of your group via Teams. The date for the presentation will be Wednesday 2 December 2020 between 3.00 and 4.00 pm. Your individual presentation should last no

Written Case Study Report Application of health assessment, planning, implementation and evaluation of professional nursing care to a clinical deterioration patient scenario Due date:         As specified by the Course Coordinator Weighting:       Students must achieve a Pass grade (50%) for the Supplementary Assessment to achieve a Pass grade overall for the

Analysis of Foundational Theory of Management

Relating the Class to World Events

Submit your assignment soon Even though your assignment is due on Aug 23, 4:59 PM AEST, try to submit it 1 or 2 days early if you can. Submitting early gives you a better chance of getting the peer reviews you need in time. Topic: Relating the Class to World